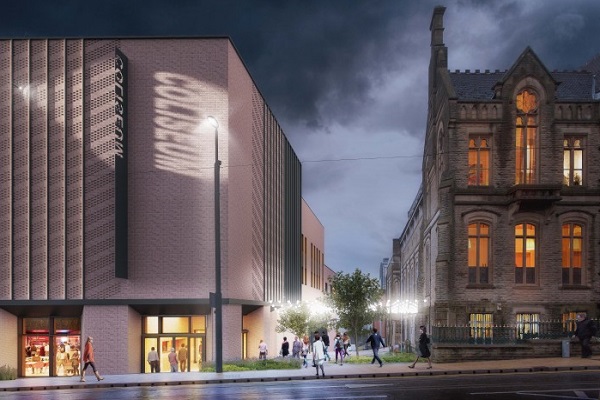 All Coliseum produced shows have an accompanying programme giving background information on the play and a cast list of who’s appearing in the show plus their biographies.

You might be wondering what to wear. Our answer is: wear what you feel comfortable in. Some people like to dress up and others go for a more casual look. It’s entirely up to you.

The history of Oldham Coliseum Theatre has its roots in the Oldham of Victorian England, making it one of the oldest theatres in Britain still in operation today. The theatre is also widely considered as the true home of traditional pantomime. The theatre produces a new festive production each year attracting audiences of over 35,000 from across the North West of England, as well as further afield.

The Coliseum dates back to 1885 when it began life as the Grand American Circus and Hippodrome. The theatre was situated in the heart of Oldham’s town centre, at the height of the cotton industry. This made Oldham famous all over the world – it boasted the largest number of cotton spindles in the world and was producing eight billion yards of cloth a year at the industry’s peak in 1912. The theatre – known then as the Colosseum – was surrounded by almost a dozen other theatres entertaining the town’s booming population. In the 21st century, the award winning Coliseum is now the only surviving professional producing theatre in the town.

The Coliseum’s stage has seen countless performers over the years from comedy greats Charlie Chaplin and Stan Laurel to movie stars such as Ralph Fiennes and Minnie Driver at the beginnings of their careers. Many early cast members of Manchester’s most famous television export, and the world’s longest running soap opera, Coronation Street, first broadcast in December 1960, were drawn from the Coliseum’s repertory company.